A recent study on humans has investigated the influence of WH67® on the bacterial flora in the intestine. The subjects took humic acids capsules WH67® in a period over 45 days. On day 0, 11, 31 and 45 feces samples were taken and selected bacteria analyzed.

This knowledge is of major importance for humans as well as especially for livestock. For example, C. perfringens infections in pigs, cattle or poultry cause substantial health problems and economic losses. Chart 2 shows that the concentration of C. perfringens was significantly reduced after a short period of time with WH67® supplementation. As a result, WH67® can be a valuable component in livestock feeding to prevent the mentioned bacterial infections. 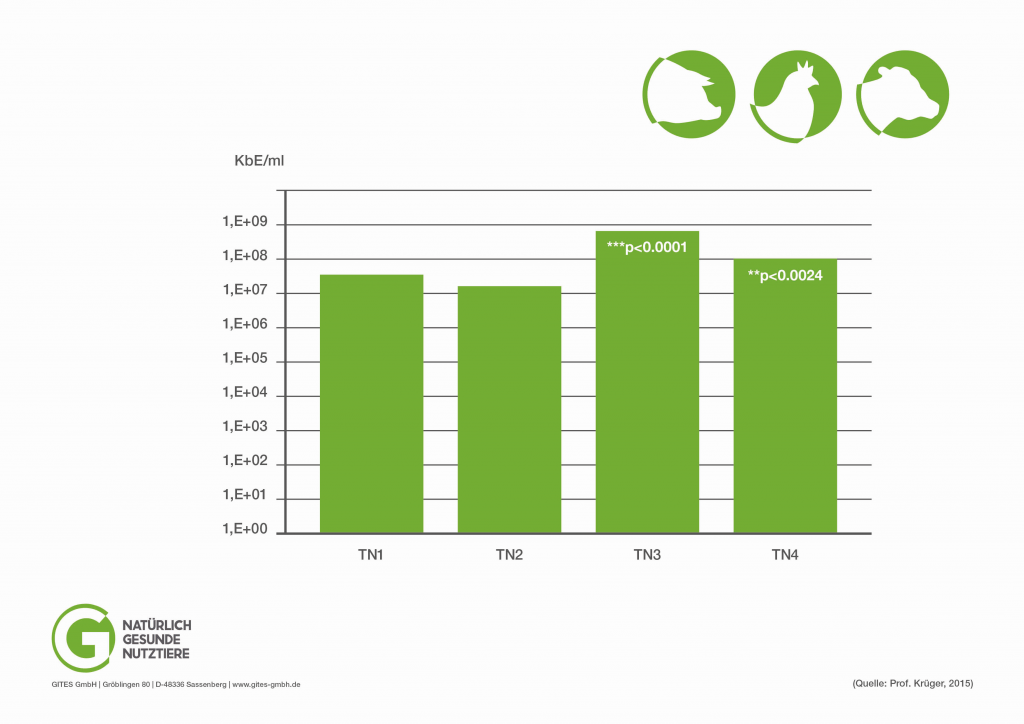 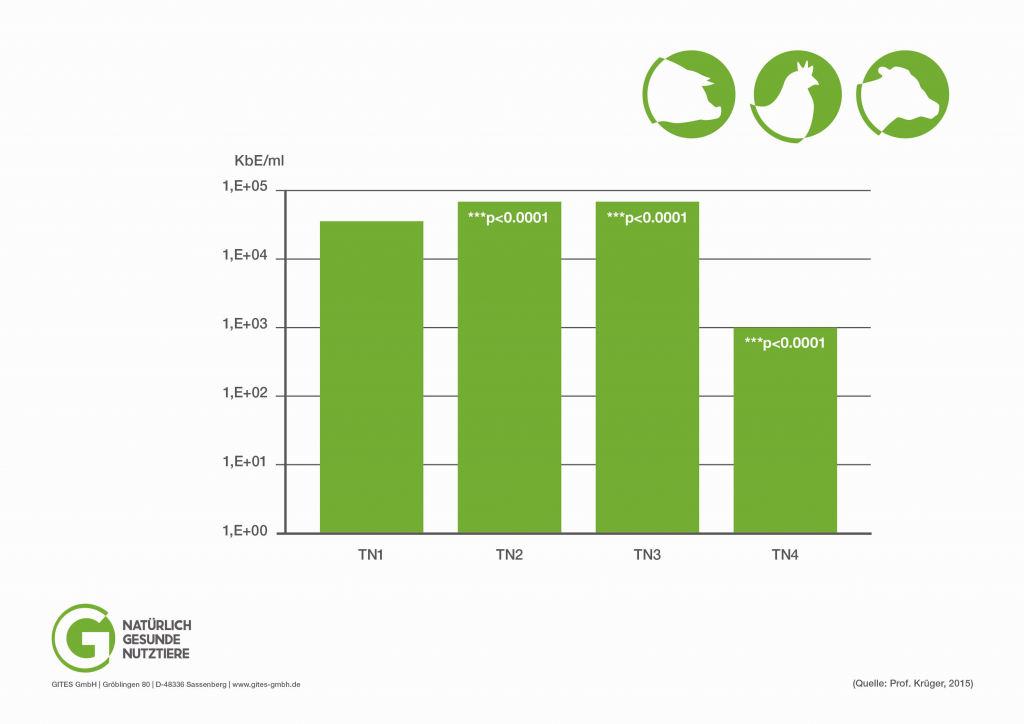 Note: If you are interested in the original publication or if you have any questions please do not hesitate and contact us.